Lord, You have been our dwelling place in all generations. Before the mountains were brought forth, or ever you had formed the earth and the world, from everlasting to everlasting You are God. (Psalm 90.1-2)

Get Up Everybody and Sing

Was I really 20 when Sister Sledge released “We Are Family”? It’s one of those tunes you feel like you’ve known your entire life. Even after you Google it and learn it was released in 1979—despite reminding yourself it’s a disco hit that, at the very earliest, wouldn’t have run the charts until the late 70s—you’re apt to scratch your head. How can that be? As far as disco tunes go, “We Are Family” was remarkably tame; the beat and the music laid back and the four Sledge sisters stepped forward to sing:

I got all my sisters and me

Get up everybody and sing!

Their song celebrated their family, not the human family or the “circle of life” or other grandiose concepts so big they get away from us before the singing ends. If you remember the lyrics (and I’ll bet you do), rerun them in your head. It’s about them. The image of family unity they presented was worth singing about. It touched us on a primal level, reminding us family, by nature, should foster togetherness and accord. “We’re like birds of a feather,” they sang. “We're giving love in a family dose.” In some ways their song counterbalanced Carly Simon’s hit, “The Way I Always Heard It Should Be,” which portrayed misgivings about the whole marriage-and-children thing based on her own family’s dysfunction. When Kim, Debbie, Joni, and Kathy Sledge rejoiced, “We are family!” they told the world, “This family idea works!” No wonder their song spoke to us in a timeless fashion.

Millennia before “We Are Family,” Moses also composed a timeless hit about family, Psalm 90. “Lord, You have been our dwelling place in all generations,” he sings in the first verse, going on to praise God’s faithfulness and the enduring nature of God’s people in the midst of constant change. And Moses immediately announces that this realization touches a primal nerve by predating our existence: “Before the mountains were brought forth, or ever you had formed the earth and the world, from everlasting to everlasting You are God,” verse 2 observes, as the poem goes on to contemplate the brevity of life and how each of us fits in the ongoing epic of familial longevity. “We’re like grass,” Moses says. “We sprout in the morning. By evening, we wither away.” Yet his metaphor for transience doesn’t dismay him in the least. Thrumming beneath his adoration of the eternal God, one senses undiluted family joy of being alive and together. Moses says, “Look at us, tiny blades of grass closely rooted beside each other, growing and thriving!”

Moses is the last Bible hero we’d expect to write a song that rhapsodizes God’s faithfulness, and rejoices about family and rootedness. He’s the Old Testament’s poster foster child. He’s born into a loving family of Hebrew slaves, only to be ripped from its bosom before he can walk and grows up as an Egyptian prince. That he’s not related to Pharaoh’s family by blood is apparent from his first glance in a mirror. We don’t know if anyone ever told Moses how he came to live in the palace. Yet it must be disconcerting for a privileged child to recognize a closer familial resemblance to his slave nurse (and true mother) than those claiming to be his elders and siblings.

The identity crisis that surfaces in a persistent stammer and lifelong insecurity surely begins there. Just when he’s poised to come into his own, a desperate attempt to reclaim his ethnic roots makes him a fugitive. Wanted for killing an Egyptian who abuses a Hebrew slave, Moses flees to the outback, where he’s adopted again—giving him three families in all before starting his own. Then, once he settles into life as a husband and father, God sends him back into the mess he managed to escape. The Hebrew slaves distrust him. His Egyptian family can’t believe the gall to demand freedom for captives that form the backbone of their economy. And whom does God assign to compensate for Moses’s inadequacies? His blood brother, Aaron—a stranger with no cause to help Moses! None of this sounds like the way Moses (or anyone swept up in his saga) “heard it should be,” let alone something to sing about. Nor does it get better as the story goes.

Securing the slaves’ freedom tasks Moses with leading thousands of legitimately anxious people he’s never met in search of a Promised Land. He has no map or timetable. For 40 years, he pushes them to keep moving. Two generations are born and two generations buried in the wild. By the end, impermanence is all that most of them know. Yet along the way, Moses teaches them his song about God’s faithfulness and human frailty and rootedness—a song about family. Despite every reason why it shouldn’t, the song resonates. It’s a big hit, an instant classic, they sing over and over. It survives Moses. It survives them. It’s a song we sing and generations after us will, too. God is our dwelling place. We’re rooted in God. For the brief time we’re alive, we grow up together in God. We flourish, fade, and a new generation takes root to replace us. We are family.

We can regard “God is our dwelling place” as poetic metaphor and leave it at that. But in doing so, we drain Moses’s song of its power to make the metaphor real. If God truly is our Home—if, as Paul testifies in Acts 17.28, “we live and move and have our being” in God—what does that say about us? It seems fairly obvious. As people of God, we share one Roof with all people of God. Sheer size of our family precludes knowing most of them personally, and diversity of backgrounds alone advises against assuming we should like, agree with, and relate to every member of the family. Merely by the millions of ways we come to God, we can rid ourselves of expecting we’ll blend into some kind of homogenized, harmonious “Brady Bunch” dwelling in a spacious, suburban comfort. Residing in God makes for overcrowded, tumultuous conditions. We are, by nature, a family on the move. Impermanence is all we know. New infants are born into our family and beloved elders pass on. Our only sustenance comes from God. We have no map or timetable. It should neither amaze nor alarm us to encounter family members with radically different notions about where we’re going or how we’ll get there. It’s no surprise when far removed relations adamantly refute our claim as kin. We’ve done it; why shouldn’t they?

Yet for all our jostling and anxiety and skepticism, the constant transitions and uncertainties of our pilgrim lifestyle, we celebrate our common roots in God. We rejoice in the gift of growing side-by-side, alive and together, flourishing as individuals under one roof. “Teach us to count our days that we may gain a wise heart,” Moses’s song prays (v12), concluding with an entreaty that summarizes what dwelling in God is ultimately about: “Let Your work be manifest to your servants, and Your glorious power to their children. Let the favor of the Lord our God be upon us, and prosper for us the work of our hands—O prosper the work of our hands!” (v16-17) The work we do and legacy we leave behind are most important. It makes us anxious to concede many we find so disagreeable, and vice versa, are kin with whom we share a common dwelling. That’s not the way we always heard it should be. Nonetheless, that’s the way it is. We are family. Puts a new spin on “No place like home,” doesn’t it? 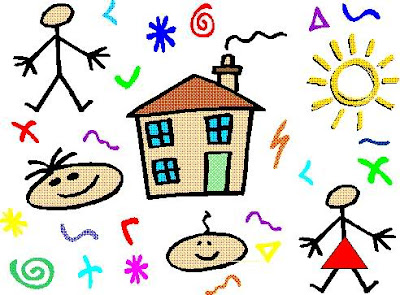 With God as our dwelling place, we share one roof with all God’s people. Sure, our Home is overcrowded and our family stays on the move. Yet we’re closely rooted, alive and together.

Postscript: “We Are Family”

Just in case you couldn’t recall all the words…