Ahab said to Naboth, “Let me have your vineyard to use for a vegetable garden, since it is close to my palace. In exchange I will give you a better vineyard or, if you prefer, I will pay you whatever it is worth.” But Naboth replied, “The LORD forbid that I should give you the inheritance of my fathers.” (1 Kings 21.2-3)

Smooth brain syndrome is a rare prenatal condition that wreaks havoc on newborns and their parents. During pregnancy, the infant’s brain never “folds” to expand its surface area, thereby significantly limiting the number of neurons in the brain and the speed and frequency of neural activity. Children suffering this tragic syndrome don’t learn to survive outside the womb. Most enter the world not knowing how to breathe, move, or interpret sensory stimuli. The vast majority will not reach their second birthday. Those who survive longer rarely exceed a six-month level of maturity.

While I cringe at comparing tiny innocents robbed of capacity to learn with adults who refuse to learn, there are compelling similarities and differences. We might diagnosis those unteachable by choice with acquired smooth brain syndrome (ASBS). They create chaos in their lives and those they touch. They’re forever dependent, relying on some for support and others as their raison d’être. Anyone who challenges them is a mortal threat. Anyone who hinders gratification is a hated rival. Unlike infants, though, ASBS victims succeed with acutely honed compensatory skills. They supplement moral and self-worth deficiencies with manipulation and arrogance. Since they resist independent thinking, they seek affirmation from others, forging bonds only with those who share their opinions and unwillingness to learn. That’s when ASBS sufferers become dangerous.

ASBS is highly contagious, leaving its victims susceptible to inflammatory rhetoric and ideologies. When ASBS victims join forces, little can be done to save them from themselves. Unteachable people are, by nature, unstoppable. The Bible provides a superb ASBS case study in Ahab and Jezebel. These two never learn. They rely on each other for validation, regard anyone who questions their beliefs and behavior as blood-sworn foes, and stop at nothing to succeed. They’re dangerous—not only to people in their way, but more so to themselves. And that’s the most tragic aspect of ASBS. People who won’t be taught don’t understand their condition can be fatal.

When we read the tragedy of King Ahab and Queen Jezebel, it’s important to note Israel isn’t a monarchy. It’s a theocracy, actively governed by God Himself. This means His prophet—in this case, Elijah—is the most powerful figure in the land. The king merely administers policy, rather than sets it. Israel’s neighbors are true monarchies, however, and with Jezebel being a pagan princess, she and Ahab refuse to learn they don’t have the final say. Their rule is pocked with tyrannical excess. In 1 Kings 21, we see how far they go and how they feed each other’s ignorance.

Their palace abuts a vineyard belonging to the family of Naboth for generations. In Israel’s agrarian society, land is a sacred inheritance—a gift to be treasured and tended in perpetuity. Ahab hasn’t learned this either. He approaches Naboth with an offer. If he deeds the vineyard to Ahab, the king will give him a better one or pay him full value for it. In Ahab’s smooth brain, Naboth must take the deal, because he’s the king and his welfare comes first. But Naboth isn’t afflicted with ASBS. He aware of the king’s limited authority and reveres his legacy as a priceless blessing. Very politely, he reminds Ahab of these principles: “The LORD forbid that I should give you the inheritance of my fathers.” (v3) Ahab doesn’t get it. He sulks and fumes until Jezebel asks what’s wrong. When he tells her, she devises a scheme to have Naboth killed so they can seize the vineyard, destroy it, and plant vegetables there per Ahab’s wishes. She convinces a few weak-minded people to join her conspiracy, which ultimately ends with religious authorities sanctioning Naboth’s death. He’s taken outside the city walls, stoned, and left for dogs to lap up his blood. Everything’s coming up onions. Then God sends word via Elijah. “You have sold yourself to do evil in the eyes of the LORD,” he says (v20), before pronouncing judgment. Ahab will suffer the fate of Naboth; dogs lick up Ahab’s blood also. Jezebel’s fate is worse. Dogs will devour her. They’ve put themselves in mortal danger.

As believers in Christ, we are heirs to the priceless inheritance of God’s grace. We must know this and remain ever mindful it. Paul couldn’t be more emphatic about this when he wrote, “I pray also that the eyes of your heart may be enlightened in order that you may know the hope to which he has called you, the riches of his glorious inheritance in the saints, and his incomparably great power for us who believe.” (Ephesians 1.18-19) The hope we find in God’s forgiveness and acceptance is a legacy passed down to us over 100 generations. Like Naboth, we are more than beneficiaries. We hold the deed, guaranteeing future generations will grow and prosper from the wine that flows from our inheritance. No one has any right to demand we forfeit our legacy in Christ. No one can steal what God has given us. Paul goes on to say our inheritance was “exerted in Christ,” Whose power is “far above all rule and authority, power and dominion, and every title that can be given.” (v20-21) Anyone who claims authority to question or rescind our faith is clearly stricken with ASBS. Our legacy is documented in God’s Word and sealed by Christ’s death and resurrection. The only way a person couldn’t know that would be by refusing to learn it.

It’s true. Unteachable people are unstoppable. They’re crafty and convincing. They draw everyone who’s not immune to their affliction into their schemes. Ahab and Jezebel conspired to accuse Naboth of cursing God and the king; they framed him as a heretic and a threat to society, encouraging religious leaders to do their dirty work. ASBS sufferers who rise to power in our time do the same thing. They litter their palaces with stolen legacies of people they’ve unjustly accused, cast outside the walls, attacked, and left to die. They turn sweet, beautiful vineyards into onion fields. But we can escape Naboth’s fate. We can protect our inheritance by knowing Christ executed God’s will and testament. It’s written in eternal ink and signed with His blood. Forgiveness is ours. Acceptance is ours. Love, hope, faith, and everything they offer are ours. The danger we see in ASBS sufferers is no threat to us. It may be true that what you don’t know won’t hurt you. But Ahab and Jezebel prove refusing to learn can be fatal. 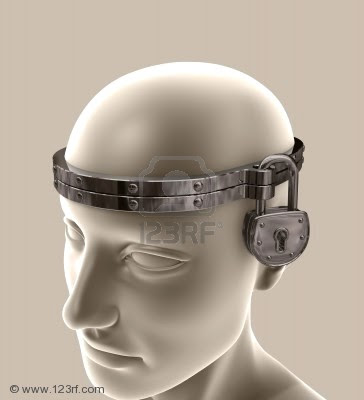 People who refuse to learn will strive to steal our inheritance in Christ. But they’re only a danger to themselves. We know our legacy is secure. 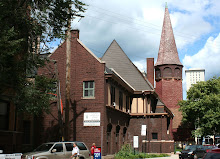